Now available at the PARC Bookstore

Where to buy the book

Glen Snyman was born in Oudtshoorn, South Africa, on 22 June 1978. He graduated as a school teacher and is interested in computer technology and politics. He strives to make a positive impact on the society around him, in an attempt to improve life for himself and for his fellow citizens. He believes that: “Right is always right, even if nobody does it – and wrong is always wrong, even if everybody does it!”

People Against Race Classification (PARC) is a civil rights activist group founded by Snyman on 1st October 2010, with the aim of fighting, and ending, the collection of race classification data, whatever the means used to effect this. He is disturbed that the current government still uses outdated Apartheid-enforced racial identities today to identify people.

Snyman still continues his fight against racial prejudice, believing profoundly in equality and justice for every South African.

This is Snyman’s second book. 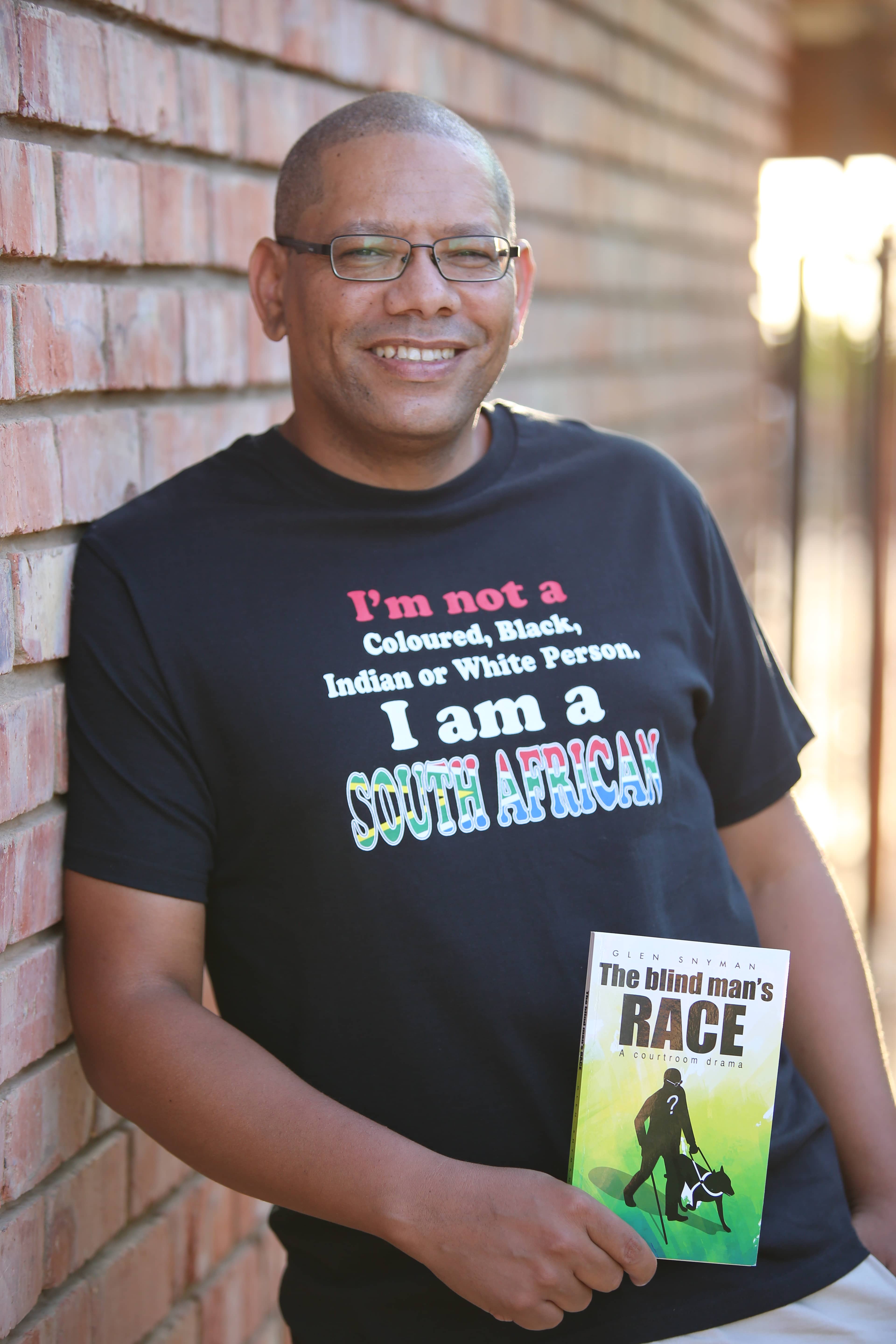 What the book is about

On 23 September 2020, Snyman became the first person in the history of the new democratic South Africa to be charged by the government for deliberately wrongly identify his race on a government form for a job application.

Snyman wrote this book in 2020 during South Africa’s strenuous lockdown period caused by the Coronavirus pandemic, finishing it in August 2020. Through this medium he tries to project how the PARC court case might have played out if the matter of the removal of the race classification blocks on government, or any other, forms was able to be heard in a High Court. Little did Snyman know that he, himself, would a month later, on 23 September 2020, be charged for this activist act in real life.

Snyman received a summons from his state employer, the Western Cape Education Department (WCED) to attend a disciplinary hearing on 14 October 2020 , on charges of fraud and dishonesty. In October 2017 , Snyman – in accordance with his organisation's core beliefs around race classification – had stated on his Curriculum Vitae that he was an African male when applying for a post as a school headmaster. His official records on the WCED’s personnel system indicate that he is a Coloured male. He did not get the post and was not even shortlisted for it.

If convicted, this act of defiance would have meant that Snyman would stand to lose his work, house, car, medical aid, policies and everything he had worked so hard for all his life. Eventually he might have ended up on the street, and not been able to work again because of his fraudulent record.

For more than a decade , Snyman has encouraged all South Africans to fill in their race data incorrectly, or to tick the African/Black block on any forms presented to them.

Why would the government connive to have this man stripped of his livelihood for something that had taken place three years previously, and of no benefit to him?
Who was behind this?
Why was the Department so angry at this one man?
What would the removal of this man out of the ‘system’ mean for them?

On the morning of the hearing, 14 October 2020, an extremely traumatised Snyman was like an innocent lamb being led to slaughter. He believed the vicious government system still upheld an Apartheid mindset because human race cannot be scientifically justified.

Literally minutes before the hearing, Snyman received a phone call from the state . . . The state had withdrawn their case! A victory for PARC.

As the Population Registration Act of 1950 was discarded on 27 June 1991, Snyman’s case that the government could not charge a citizen for misrepresenting his race, was justified.

Read all that Snyman went through in his battle for justice against race classification.

The Mandela era ushered in a new South Africa, where race discrimination became a law of the past … BUT DID IT?

Read about one man’s fight against race classification in a free and democratic South Africa; a battle for justice against the same people who challenged the Apartheid system of racial stereotyping. Glen Snyman, the founder and leader of the organisation People Against Race Classification (PARC), believes that race discrimination does not vanish by itself. If not challenged, race becomes a cause of social unrest and violence.

Race classification is not ratified anywhere in South Africa’s Constitution. The remnants of the old Apartheid system is still captured in the race blocks on various government forms. In framing the debate, Snyman puts race classification physically on trial in a novel way. The concepts of genetics and anthropology, social studies and statistics are personified and called to the witness stand to testify – and are cross-examined – about prevailing South African attitudes towards race, from both perspectives. A passionate activist, Snyman is also called to the witness box to expound on his beliefs. The gravity of the court case and trial is interspersed with interludes that reflect the mood and opinions of the people, via a radio talk show, interviews with the crowd in the street, and a strategic chess game.

In a gripping climax, a blind man takes the stand. As he is unable to see, the colour of a person’s skin is not relevant in his world. This man, rightly, experiences his fellow South Africans based solely on their inner qualities.

Will the judge rule in favour of a system that perpetuates a country’s inequalities? Or will he rule to bring the edifice down, so that South Africans might move forward together into the just and equal future they all deserve? Will the blind man be able to sway the outcome in this heated court battle for justice?